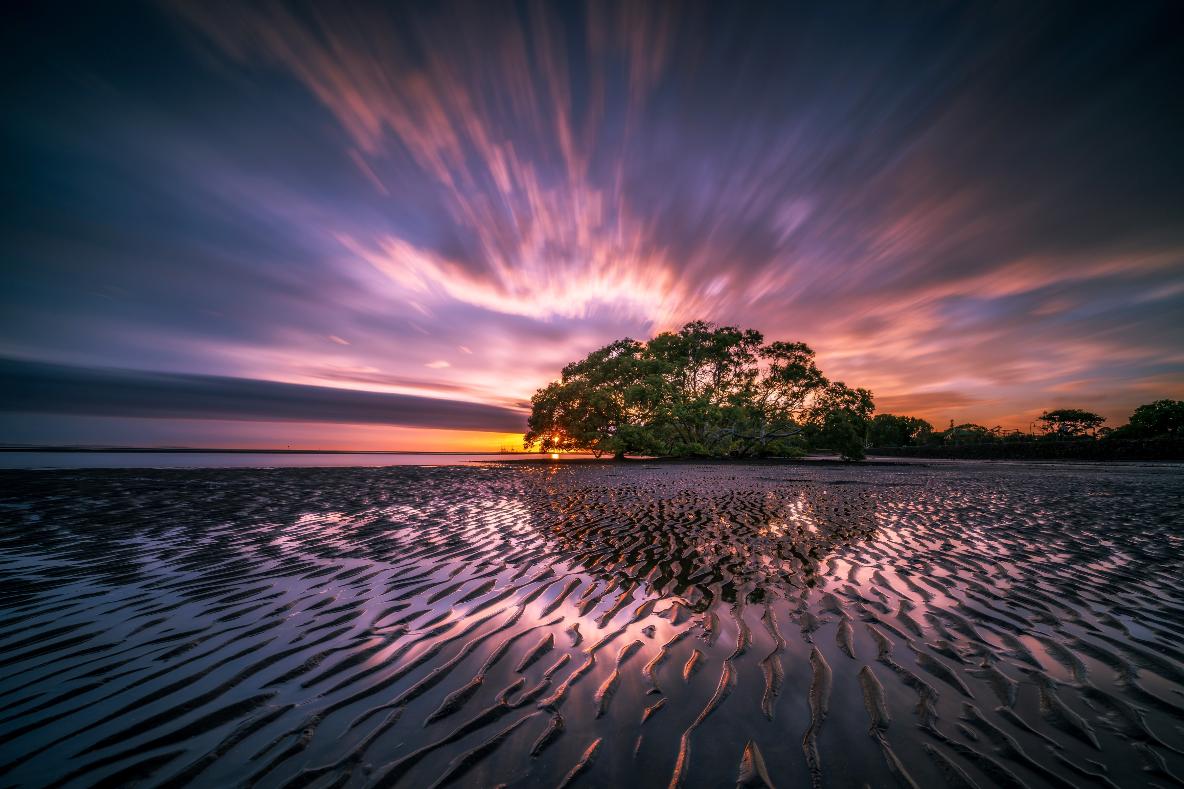 Sofia falls asleep reading a book at the beach and her two-year-old daughter drowns in the sea. The beach is deserted, there’s no one to help, and she’s racing, wading, crashing towards Angie. She pumps Angie’s thin chest with half-remembered CPR, choking back panic, singing “Baby Shark” to time her compressions. Emergency numbers run through Sofia’s head—her husband’s, her sister’s, 999, her doctor’s—until she remembers the most important number of them all. She dials the hotline of her insurance company.

She says, “This is an emergency. Please help. My daughter drowned. I have a policy, the one that fixes mistakes…”

A reassuring voice on the line replies, “Just a minute. Please let me verify your details.”

“Please stay on the line while I retrieve your file.”

A hold tone plays on repeat and Sofia clutches her phone, thinking of how her husband calls Angie his little miracle. They had come so close to losing her when she was born. During those long, anxious weeks at the hospital, Sofia’s husband had refused to talk to her as if the ventilators and breathing tubes and Angie’s premature arrival were all her fault.

Now, no matter the cost, she must right this wrong or her husband would never forgive her.

The voice returns. “Yes, you have the perfect coverage for this. Misadventure resulting from a temporary lapse in attention. Our time splice team will take care of this right away.”

The splicers locate a wedge of experience from Sofia’s immediate past—a snippet of her awake and reading—and transfer this to her alpha reality, replacing the ten minutes where she dozes and loses Angie to the sea.

Sofia sits on a towel in the shade of trees growing above the high tide mark and rubs sunblock over Angie’s back.It is a quiet weekday morning and they have the beach to themselves. Angie chases crabs and putters around with her bucket and spade while Sofia reads. Halfway through the second chapter of her book, Sofia thinks she knows who the serial killer’s next victim will be. Three pages later, pleased that her guess is correct, she looks up. Angie already bobs face down in the waves.

Sofia is on her feet, sprinting, jumping over rocks, and slicing through the water as if she has trained for this dash towards Angie before. She surprises herself at how briskly efficient she is at clearing Angie’s airway, and how calmly she manages the chest compressions she learnt all those years ago. On the fifteenth count, Sofia remembers her insurance.

A man on the line says, “Did your daughter drown again?”

“Nothing to worry about. Sometimes the splice doesn’t work the first time, but the second try almost always works like a dream.”

“Do it quickly. Save her, for God’s sake.” Her husband doesn’t know about the insurance. He believes people must pay for their mistakes, as if they’re always in control of what they do, always responsible.

The insurance man tells her she will lose a few more minutes of her memory and the threads linked to those moments will fray, but it will be a drop in the ocean of other forgotten memories. A small price to pay to keep her family whole. She swears her husband will never know.

The splicers go further back, more carefully this time, and clip a snippet where Sofia prepares a bag for the beach. This time, she packs more towels instead of her book.

At the beach, Sofia lies on her back with a rolled-up towel tucked under her knees and another under her neck. She rummages inside her bag again for the crime novel she is certain she has brought, but it is not there. Lately, she has been more absent-minded than usual and she chides herself for forgetting.

Angie fills a bucket with sand and Sofia thinks about how preoccupied her husband has been with work. And when he’s home, all they talk about is Angie, as though he comes to life only when he’s with her, his miracle baby.

Light filters through branches overhead. Under this tree, Sofia had told her husband she was pregnant. They call this “Angie’s Tree” now, their favorite spot on the beach, where the wind moves the colors and shadows of the leaves in hypnotic patterns. Sofia nods off to their soughing, wavelike sound.

Angie wanders out past the shallows and drowns. A shiver of déjà vu comes over Sofia when she calls the insurance hotline. At the other end, there is a commotion of raised voices and clicking noises.

She shouts into her phone, “Hello! Will you listen to me? I have an emergency here!”

A man says, “We know. It’s your daughter. We’ve been on standby for your call. We’ve done two splices already on your timeline. Your case isn’t as simple as it seems.”

“Can you fix Angie’s timeline instead of mine then? Keep her out of the water.”

“I’m sorry, we can’t interfere directly with a life that has already flatlined. It’s stated in the policy.”

“I don’t have time for technicalities,” Sofia cries. “She’s turning blue while you talk about fine print. How many times does she have to die?” With a sinking feeling, she recalls her husband’s warnings about insurance scams.

“Please stay calm,” the man says. “We can try one last time. It will be more invasive, a much longer splice, but I must warn you. Anything more will put your own well-being at risk. Time splices are designed to divert moments, not alter extended periods of your life.”

Sofia agrees. She sends her signature on a waiver accepting responsibility for all intended and unintended consequences of a three-hour splice. When it is done, it will be as if she and Angie never left the house. “Only we will know you have made a claim,” the insurance man says. “Ignorance will be bliss.”

A search for a suitable half-hour extract from Sofia’s timeline of the same morning begins. The splicers expertly sift for a placeholder, a nondescript, uneventful sequence to join seam to seam like infinite-pattern wallpaper. They latch onto mundane activities which, like flutters of a trapped butterfly, will disturb nothing more than the air between the walls of her house. “It is best for the alpha realities of others to play out away from yours,” they say.

They identify a thirty-minute segment that starts from the time her husband leaves the house; this will repeat five times and replace the hours where she takes Angie to the beach.

Sofia kisses her husband goodbye and thinks of the drive to the beach. While she does the breakfast dishes, an irresistible urge to hum the doo-doo-doo’s of the “Baby Shark” song bothers her. It persists as she feeds the two cats, makes the bed, and checks on Angie who is still sound asleep. She nearly wakes her so they can go, but Angie looks so peaceful she lets her sleep.

Sofia ticks through her mental checklist, towels, sunblock, phone, and is briefly startled when she finds her beach bag already packed. The dishes are strangely clean when she washes them again. The water going down the sink makes a gulping, human sound that disturbs her.

The cats amuse themselves with a game of hide-and-seek and she thinks her eyes are playing tricks when, for a split second, she sees four of them. She lets them out the back door.  In the yard, Angie’s toys lie scattered as if they had been washed up the night before. The morning heat already draws a sweat even in the shade—the day is too hot for the beach, perhaps—but a breeze raises goosebumps on her damp skin.

Inside, she catches a lemony-floral scent around the base of the stairs which disappears when she inhales again. She wonders why she is downstairs when she hasn’t made the bed, though she faintly remembers moving around the bedroom earlier. Her morning chores blur in her mind, upsetting her routine and skewing her sense of time.

Shaking herself out of her reverie, she reminds herself what day it is and drifts upstairs to her bedroom where she discovers her husband with another woman. The sight punches the breath out of her. She stares, blinks, turns away, and looks again, willing herself to believe she is dreaming. Their features dissolve into the pillows and reappear with skin mottled by the paisley pattern of the sheets, double visions of flesh and color that swirl in the room tilting around her. The woman smells of flowers in a funeral parlor.

Sofia can’t stop herself from making the bed as their timelines overlap. It is as if she has two brains, one that boils with fury and wants to rip the covers off, and another that makes her hands stretch the fabric taut over their bodies. Tucks in the corners. Pats the pillows under their heads. They stare at her with horrified fascination until the lemon-jasmine woman lets out a half-laugh, a gagging sound that catches in her throat.

The woman slips out of her paisley skin into a dress and flits down the stairs. Sofia staggers after her and throws a plate at the woman who escapes out the front door. Angie wakes up wailing.

Her husband appears in the kitchen doorway with Angie in his arms. Angie sobs and says, “Are we going swimming? You promised, Mommy.”

Sofia sways with vertigo. Pressure builds in her head, pushing against her eyes. Angie is a writhing grey silhouette singing, urgently, “Mommy, Mommy, let’s go.” Sofia reaches for her and drops a plate on the floor that shifts like loose sand. Angie is receding, too far away to touch.

Her husband says, “I’ll take you, baby. Let’s go visit your tree.” He turns to Sofia. “I’ll be back in a few hours. We’ll talk when you calm down and stop breaking things.” He grabs the beach bag and plastic buckets, and heads for the door. The book left on the table fills Sofia with a swelling, undefined dread.

“Don’t take her,” Sofia screams. “Don’t run away.” But her feet won’t move forward, only backward away from the door, the compulsion to wash dishes and make the bed is too overpowering.

Watching Angie wave goodbye, a familiar, nagging melody thumps a false heartbeat in Sofia’s chest. She must call someone, but her phone is in the beach bag and she can hardly think with “Baby Shark” echoing in her head. All she can do is scrub the broken dishes in the rising water, set their jagged shards together, and wait for what must come next.

Shih-Li Kow is the author of a short story collection and a novel. Her writing has been published in ParSec, Flash Fiction Online, If There's Anyone Left, and elsewhere. She lives in Kuala Lumpur, Malaysia. 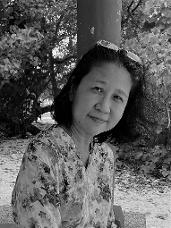